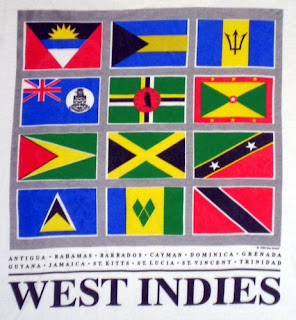 Mrs. Neufville-Crooks, who is tasked with the responsibility to rebrand the country’s GSS, outlined that more than 36,000 Jamaicans are currently employed in the sector.

She said Jamaicans and the country’s economy by extension are now poised to reap even more benefits through the creation of these additional jobs.

It is anticipated that further GSS expansion in Jamaica will reposition the country to capture a greater percentage of the global market and bolster the island’s engagement in the fourth industrial revolution as well as attract new GSS investments.

Minister without Portfolio in the Ministry of Industry, Commerce, Agriculture and Fisheries, Hon. J.C. Hutchinson, says the export of mangoes to the United States earlier this year was a success for registered farmers.

Mr. Hutchinson said, as a result, many farmers who had given up their orchards, are now looking to put them back into production, “so that by next year they will be able to get certified and they will get their crops going”.

Mr. Hutchinson added that during the crop’s season, there were “several farms in St. Thomas that was verified [and] certified, and so we exported from there”.
He further noted that there are about six or seven farmers on the island who are certified to export their mangoes.

Mr. Hutchinson encouraged farmers with an interest to export the fruit to contact the Rural Agricultural Development Authority (RADA).

In 2014, the United States Department of Agriculture (USDA) gave clearance for Jamaica to export mangoes to the country. However, this was subject to compliance with standards required by the USDA’s Animal and Plant Health Inspection Service. As a result, the Government has had to work with the nation’s farmers to meet the necessary requirements.

Mangoes exported this year were the first to the US in 20 years. Exports resumed in June of this year and ended at the end of the crop season in late July. Once in season, export of mangoes to the US takes place twice per week.
--00—

The Electoral Commission of Jamaica (ECJ) has indicated that almost 70,000 names will be removed from the next voters’ list, which is to be made public on November 30.

The ongoing exercise, which began in late 2018, is being carried out in phases, with the aim of removing over 260,000 dead electors.

The Commission is working to confirm the deaths of the identified electors through collaboration with stakeholders who would have information to corroborate the deaths. These stakeholders include both public- and private-sector entities, such as the Ministry of Health and Wellness, the Registrar General’s Department, the Ministry of Labour and Social Security and media houses.Media houses with a database of death announcements are able to use those to confirm the electors’ deaths.

Mr. Brown estimates that by the end of next year, close to 200,000 names of dead electors will be removed from the voters’ list.
--00—

West Indies left-hander Darren Bravo last week struck an unbeaten half-century to pass 300 runs for the Super50 Cup as Trinidad and Tobago Red Force brushed aside United States by seven wickets moved to the top of Group B.

Chasing a modest 177 at Queen's Park Oval, the hosts romped to their target in the 42nd over with the left-handed Bravo spearheading the effort with an unbeaten 80 off 112 deliveries, while counting seven fours and two sixes.

The knock was his second-straight half-century and third of the tournament, to go along with his unbeaten hundred against Windward Islands Volcanoes in Red Force's opener.

Bravo, axed from the West Indies side in all formats due to poor form, has now gathered 349 runs in the tournament at an average of 116.

The victory for Red Force saw them leapfrog West Indies Emerging Players, whose clash with Volcanoes scheduled for Brian Lara Stadium in Tarouba was abandoned without a ball bowled due to rain.

The Shaggy & sting collaboration won last years’ Grammy award for best reggae album.  On January 26, next year the American Academy of Recording Arts & Science will choose the next best reggae album from a shortlist of five – More work to be done/Third World, Mass Manipulation/Steel Pulse, The Final Battle/ Sly & Robbie vs Roots Radics Band, As I Am/Julian Marley and Rapture/Koffee.
--00—

The Barbados government has approved the framework of a comprehensive review of the existing immigration policy and legislation and will be presented with a new Immigration Bill in January, Home Affairs Minister, Edmund Hinkson, has said.

“A new Immigration Bill which we aim to present to the Cabinet in January [2020] and thereafter to Parliament, once approved will expand our categories of citizenship and permanent residence, abolish the status of immigrant and rectify some still existing inconsistencies between our legislation relating to this concept,” he said.

The home affairs minister noted that one aspect of the new policy will be the reduced time for application. He gave us an example applying for citizenship by marriage, where persons currently have to wait until after three years of marriage before applying. In future, that time will be reduced to two years.

Hinkson also addressed the difficulty Caribbean Community (CARICOM) skilled nationals experience in attaining Barbadian citizenship, pointing out that with the new policy, the government was proposing that “as a right, CARICOM skilled nationals, their spouse and dependents, are entitled to become permanent residents and then citizens through qualifying by way of time being spent in Barbados.

“Those who have currently been residing in Barbados for more than seven years would be eligible to be grandfathered into citizenship on their application,” he added.

The new immigration policy will also allow persons who wish to open a business or have substantial capital and are willing to invest significantly in the economy, to acquire permanent residence then citizenship. Persons who ordinarily, reside in Barbados for four years would be eligible for permanent residence.

NEW YORK, NY. Tuesday, November 25, 2019-- Christmas is a time of year when we celebrate our cultures and traditions. And where else to celebrate those heartwarming traditions, if not at the gran’ market?
Well, get ready for a celebration of ‘Christmas in the Caribbean’, here in New York City, on December 14 & 15.
Braata Productions will once again offer New Yorkers an exciting and colorful taste of a traditional Caribbean Christmas, when it presents its annual Old Time Grand Market celebration at two venues in the city.
First up, will be the Harry Truman High School auditorium, located in Co-op City, Bronx, on Saturday, December 14. The vendor’s market will ‘open for business’ at 5:30 pm, followed by the concert segment at 7:00 pm.
Folks in Queens, Manhattan and Staten Island will get their sampling of the annual yuletide traditions a day later on Sunday, December 15, at The Park Church Coop, 129 Russel Street, in Greenpoint, Brooklyn.
The vendor’s grand market will …
Read more 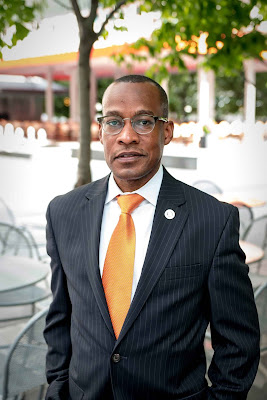